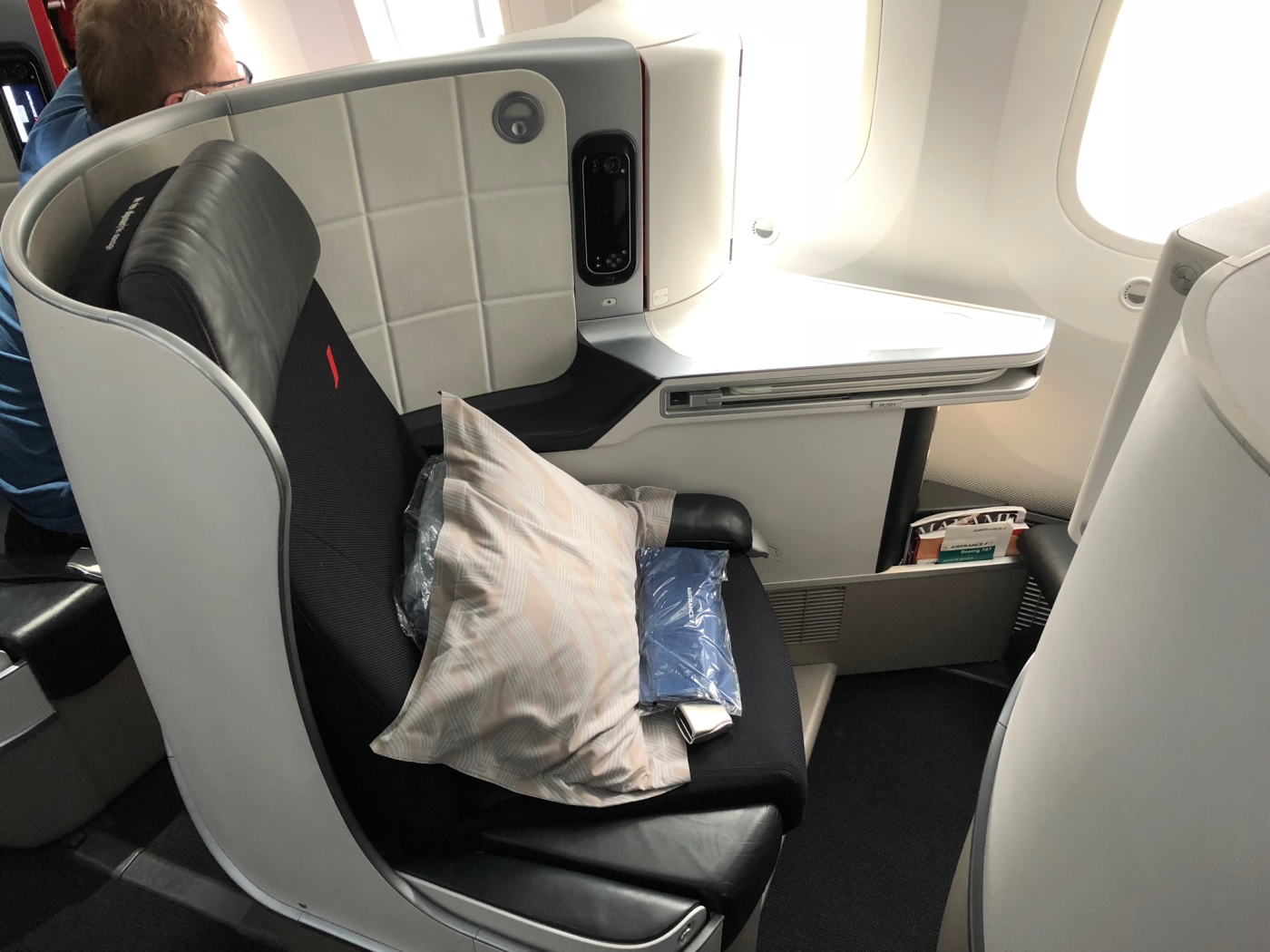 Despite owning a prestigious reputation, Air France’s premium cabins had been, until recently, objectively mediocre. For an airline that once battled British Airways to first feature beds on board, it lagged behind its competitors only a few short years after installing them. While fully flat became the new norm, angled flats, which just aren’t up to snuff anymore, remained the default in Paris until late-2014. Since then however, the carrier has revitalized its fleet and also its business class offering. New planes, like the 787 I flew on, are highlighted by a brand new top-of-the-line reverse herringbone seat. It’s been a return to grace — there aren’t many better ways to cross the pond nowadays — and I couldn’t have been more pleased with this leg of the trip.

END_OF_DOCUMENT_TOKEN_TO_BE_REPLACED

Fashionable relief from the sprawl of Charles de Gaulle

Air France has long enjoyed a prestigious reputation, seen by many as a standard bearer for sky-high luxury. When the airline rolled out a completely redesigned business class in 2014, featuring a new hard product and improved ground services, it was intending to solidify its place at the top of the competitive premium transatlantic market. The onboard experience has done just that, garnering plenty of positive publicity in the years since its introduction. The recently renovated lounges have not attracted similar amounts of attention, although they probably should. Don’t read too far in to this coverage (or lack thereof), the Salon for Air France’s international business passengers is solid through and through.