Analyzing the 737 MAX in the contemporary aviation industry 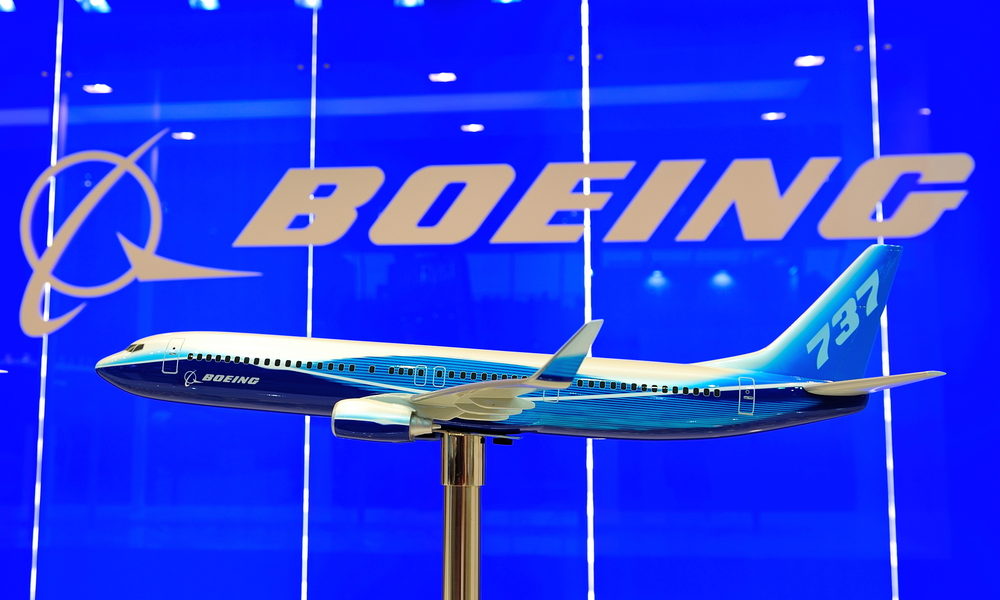 The future of air travel?

Even though the first iteration of the 737 MAX has already taken to the skies this year, the 2017 Paris Air Show was the equivalent of a break-out party for this next generation of planes. The producer of them, Boeing, inked deals for 571 new orders over the course of the four day event, which inspired speculation regarding the development and progression of commercial air travel. With a range of roughly 3,500 nautical miles (or 6,000 kilometers) and a maximum capacity of 230 passengers, the variants of the 737 MAX (737 MAX 7, MAX 8, MAX 9, MAX 10) fulfill demands in an industry that increasingly prefers relatively small but efficient aircraft over jumbo jets.

Such a trend towards downsizing is visible in the results of the ongoing battle for marketplace dominance between the Airbus A380, which has been suffering from sagging sales in recent years, and the ever popular Boeing 787. Boeing’s newest offerings will further accelerate the extinction of massive gas guzzlers like the A380 and its own 747, as airlines use new aeronautical innovations to reform their business models.

With these changes, as more and more 737 MAXs enter the fleets of airlines, travelers can expect to see…

Depending on what you value more in your travels, either comfort, convenience, or cost, you’ll be quite happy with the introduction of the 737 MAX or sorely disappointed. The three are largely at odds with one another, and if you value spacious seats, you’re probably not going to be thrilled about cramming into a single-aisle aircraft for seven hours. If you detest changing planes midway through the journey, you’ll appreciate the new direct flights between cities. If you just care about cheap airfares instead, well, you’ll be thrilled to hear that there’s gonna be an abundance of them in the coming years. That’s because…

Low cost carriers are going to become much bigger

Regional low cost carriers will be expanding operations on a much larger scale once they take delivery of the new 737s. Leading the charge is Norwegian Air, which is planning to use its soon-to-be-delivered MAXs to enter the Transatlantic market and compete with both LCCs (like WOW Air) and legacy carriers (like American, Delta, United). It has already announced plans to directly connect smaller airports on the East Coast of the United States with popular tourist destinations in the British Isles, and Ryanair, and possibly others, intends to follow suit.

These new routes completely contradict the previous status quo of long-haul travel. Say you lived in Providence, Rhode Island, and you wanted to fly to Edinburgh, Scotland for a vacation. Prior to the 737 MAX, you might have to fly a route such as Providence to Chicago to London to Edinburgh. There were no small single aisle planes with the capabilities to fly between Providence and Edinburgh directly; only large wide bodies could fly that distance, but airlines were/are reluctant use them — there generally isn’t enough demand to fill seats. An empty plane means lost money, so connections are used to transport passengers to airports where there is enough demand to generate profits on long-haul flights.

But now the 737 MAX has the range to operate between Providence and Edinburgh directly, which is exactly what Norwegian Air intends to use the plane for (as well as on other similar routes). This model is efficient enough and small enough to make it across the pond and be profitable. Too many seats won’t go unfilled, which is a worry airlines share with big widebodies. For customers, they’ll get to enjoy new options when they plan their travels. While a cramped seat on a budget airline might not be glamorous, a roundtrip transatlantic flight for under three hundred dollars cannot be beat. There’ll be more opportunities for everyone to travel because of this new 737, and that is never a bad thing.

United is going to offer a lot more convenient flights

Just as low cost carriers like Norwegian will be able to expand their operations thanks to the new 737 MAX, legacy carriers like United will be able to do the same. United ordered over 100 MAX 10s at the Paris Air Show, and it seems that upon delivery, they’ll be used as successors to an aging fleet of Boeing 757s. Prior to the United-Continental merger in 2010, Continental was experimenting with using narrowbodied planes (like the 757) for Transatlantic flights out of its hub in Newark to smaller airports in Europe. This practice was both continued and expanded post-merger to a huge degree of success. Being able to fly direct from the New York and Washington DC metropolitan areas to major cities like London and Paris and smaller ones like Stockholm and Hamburg at varying times throughout the day proved to be a valuable asset for frequent flyers.

Once United receives its new fleet of long-range Boeing 737s, it seems that they’ll try to connect even more smaller cities in Europe with its North American hubs. The airline will also have the capability to increase the number of flights it operates per day without adding too many seats. There are a number of benefits to this. First, by maintaining capacity at a consistent number, there is a much smaller risk of having too many empty seats, and thus decreasing profits. Secondly, with more flights per day, flyers can choose when they want to travel; they won’t be constrained to a single departure time. More options makes trip-planning more flexible, which is a benefit that not many planes other than the 737 MAX can provide.

Passengers probably won’t be too thrilled with the new planes

737 MAXs can be used for transatlantic travel, but out of consideration for passenger comfort, they probably shouldn’t be. Sure, the new plane offers advantageous features that will change the industry by offering lower operating prices and supporting new markets for international travel, but they don’t offer a lot of space onboard. For flights over six hours long, extra room becomes a valuable commodity, and, by virtue of simply being bigger, widebodies are able to provide that to customers in ways that narrowbodies cannot.

Despite the comparatively smaller cabin, airlines are already exploring ways to cram even more passengers on board 737s. Some are looking into reducing the number of lavatories on board and others, like American Airlines, want to install seats with only 29 inches of pitch between rows. That’s a measly amount of legroom for any flight, let alone an intercontinental one.

Will uncomfortable passengers dissuade airlines from trying to fit as many people as possible on board their planes? Probably not, and it’s a sacrifice that customers will have to make when they opt for potentially cheaper and more convenient flights.

The 737 MAX represents an exciting new development for commercial aviation, and based on the whopping number of new orders for it at the Paris Air Show last week, airlines are taking note. Passengers should as well, given the new opportunities they’ll have to travel for both cheaper prices and at more favorable times to them. It remains to be seen though whether or not the new plane will create a better flying experience though; less legroom and more seats isn’t a particularly good experience, but hey, the companies will save more money!

But what do you think? Are you excited about the 737 MAX entering commercial travel? Why or why not?