You get what you pay for, including reclining seats, but… 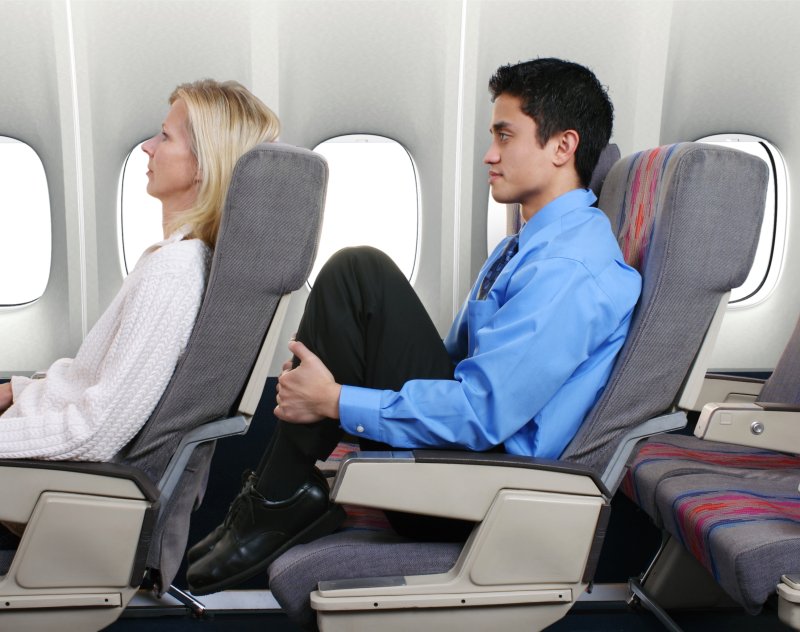 Welcome to the fourth edition of “The Daily Flyer,” The Higher Flyer‘s daily newsletter gathering up and summarizing some of the day’s most important happenings in the world of airlines, hotels, award points, and other travel-related things.  Today’s feature — for February 18, 2020 — covers seat recline etiquette, as well as an exciting new airplane lavatory concept, harsh business class reviews, and some predictions for Alaska’s Mileage Plan following the recent AA/oneworld developments.

Over the years, a lot of (digital) ink has been spilled regarding airline passengers’ rights to recline their seats.  Every now and again, there’s a viral moment to reignite this debate, and the most recent of such came earlier in February 2020.  A woman tweeted a video of a man repeatedly punching the back of her seat after she reclined it during a flight, and the internet then “worked its magic.”  Thousands have since chimed in with their own takes.

@BravoAndy Here’s a great jackhole! He was angry that I reclined my seat and punched it about 9 times – HARD, at which point I began videoing him, and he resigned to this behavior. The other jackhole is the @AmericanAir flight attendant who reprimanded me and offered him rum! pic.twitter.com/dHeUysrKTu

So, if you will, please accept The Higher Flyer‘s contribution to the discussion (and prepare for some preaching; feel free to chime in below if you agree/disagree):

There is no situation in which the offending man in the back is in the right; there is simply no excuse for his behavior.  Likewise, the flight attendant who offered said man a bottle of rum abdicated her responsibilities.  She instead should have, you know, responded to the ongoing assault instead of prioritizing the needs of the aggrieved man AND reprimanding the victim.  Most airline seats — but not all, like those on some low cost carriers — are designed to recline after all.  If you’ve paid for a seat, you’re entitled to all the features that it comes with.  It’s simple when you think about it like that.

That said though, in order to prevent incidents like this from happening again, there are a few things we all ought to keep in mind.  Primarily, just because we can recline doesn’t mean that we should.  For instance, we might want to consider refraining from it when…

But above all, just don’t be a jerk.  When you recline your seat, you should do so slowly so as not to suddenly crush the knees of your rear neighbor.  You don’t necessarily have to ask for permission to lean back, but if someone is crying out in pain, maybe that wouldn’t be the best time to assert your right to recline.  If someone does complain, either in a passively aggressive way or an outwardly hostile way, working to compromise and deescalate the situation is the better move than, say, taking it in to your own hands (or whatever).  Leave it to a (hopefully) competent crew member.

In any case, feel free to sit back and relax and enjoy the flight guilt-free.  If you have a seat control, you’re entitled to use it as you see fit; who am I to police fellow passengers?

But hopefully you get the idea of what I’m trying to advocate for.  At the end of the day, there’s no prescriptive solution to this seat recline issue, so try to use your best judgement given the context you’re in.  The most important thing to remember is to, like your mother taught you, be kind and be considerate of those around you.  It’d be better for everyone if everyone behaved that way.

Other happenings in the world of higher flying

1.  Expandable lavatories could be coming to narrowbodies

Airplanes have never been known to have spacious bathrooms, and their sizes haven’t been getting any bigger over the years.  It’s not uncommon nowadays to see lavatories that are so tiny that you can’t turn around in them — a flight attendant recently joked to me:  “You better go in facing the direction that you need to go!” — and/or stand up straight in them.

And of course, with shrinking lavatories comes more… “economical” fixtures.  That’s how you wind up with sinks that look like this:

Aerospace design firms ST Engineering and Acumen however might have a solution to correct this unfortunate state of affairs.  At the recent Singapore Airshow, the duo debuted a new lavatory concept that features an expandable footprint.  Known as “Access,” this model can make an airplane’s rear restroom more friendly to large and/or hard-of-mobility passengers, but without forcing airlines to reduce seating capacities.  The interior is spiffy looking…

…but the real highlights are seeing the expansion (renderings) in action…

The manufacturers hope to have this model certified for Boeing 737s and Airbus A320s within the next 15 months.  Here’s to hoping that airlines are as excited about these as the average air traveler is sure to be.  If they are, get ready for a future with markedly improved bathroom experiences on certain short and medium haul flights!

Sourced from Runway Girl Network and from God Save The Points.  Check them out for more details!

2.  Can a business class review be too harsh?

The Points Guy contributor Samantha Rosen recently published a review of Air India’s business class, and her experience, to say the least, was less-than-stellar.  Not only did she author a scathing write-up entitled “The worst business class I ever flew,” but she awarded it the website’s worst ever aggregate review score:  46/100.

Such a damning review though prompted a back and forth among the commentariat; perhaps she was being a little bit too harsh in her trip report.  Indeed, there were critiques made without any supporting evidence (“[The crew] made sure I had food, water and a blanket.  And they did provide me with meals when I woke up after meal times.  They also got to my seat in about 30 seconds when I pressed the call button to test response time.  But their attitude just was not okay.”), she condemned things that were unique to her and her flight (she had to hustle through the airport to catch her flight, for example, and then she was flagged for secondary screening), and she frequently took on a tone that was sarcastic, if not borderline mean-spirited (“I slept through whatever the formal first meal service was, and [the crew] failed to wake me up.  When I woke up on my own and asked, their response was ‘Vegetarian or meat?’  I’m sorry, what?  Could you please be more vague?”).

On one hand, it’s easy to see why she would be frustrated after this flight.  While her airfare was relatively cheap, Air India reflects the adage “you get what you pay for.”  This offering is far, far from being competitive with its international business class peers, and she has an obligation to report and comment on this honestly and fairly.  Then again though, this product supports others’ livelihoods, and there’s gotta be a more constructive way to offer criticism.

And then there’s the biggest factor of all:  sure, Air India might look lackluster, but it’s still nicer than what the vast majority of air travelers experience.  Perspective is key.

What do you think?  You can check out the source on The Points Guy to see for yourself.

The biggest airline news of 2020 thus far is undoubtedly the renewed partnership between American Airlines and Alaska Airlines, and the latter’s simultaneous announcement to join oneworld.  This represents a really exciting development, but it has a lot of travel bloggers worried about the fate of Alaska’s excellent loyalty program, Mileage Plan.  Kyle Stewart, who was highlighted in a Daily Flyer feature last week in a less than flattering way, is back to reassure higher flyers.  He asserts that most all of the things that make Mileage Plan special, like generous mileage earning rates, compelling bonuses and perks for elite members, and competitive redemption rates and privileges (such as free stopovers on one way awards), will be retained.  The reason being is that Alaska, as it stands now, has a unique competitive advantage among its peers because of Mileage Plan.  Its bean counters know better than to get rid of it right now.

Alaska’s higher flyers best enjoy the good times now though.  As the North American airline industry becomes increasingly standardized, such benefits offered by Mileage Plan may be fleeting.  While there’s no indication to suggest these loyalty opportunities will be going the way of the dodo anytime soon, you can never be so sure…

You can read more here at Live and Let’s Fly.

Curious about yesterday’s news?  Click here to see past entries of “The Daily Flyer.”