Unpacking the state of the U.S. airline industry and how it affects higher flyers (Part 1) 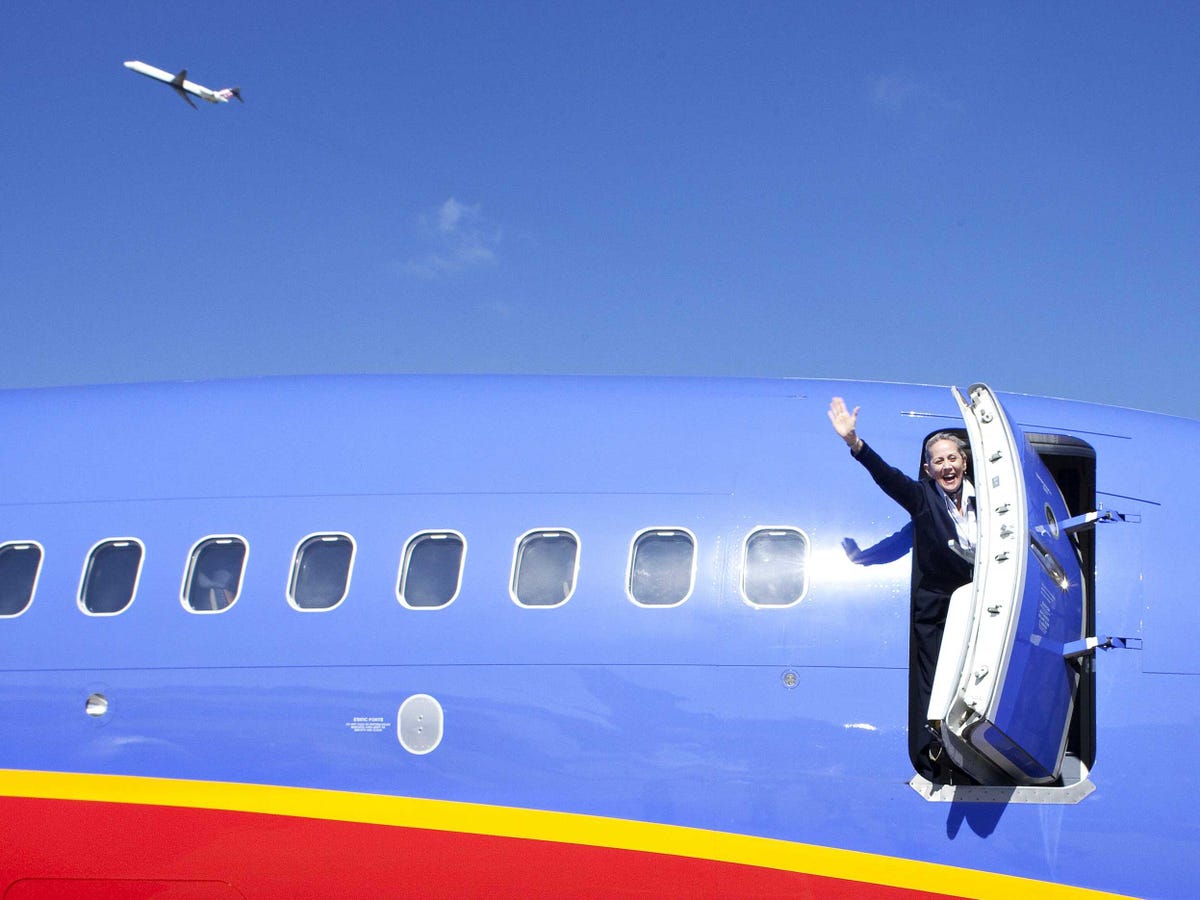 Welcome to the fifth edition of “The Daily Flyer,” The Higher Flyer‘s daily newsletter gathering up and summarizing some of the day’s most important happenings in the world of airlines, hotels, award points, and other travel-related things.  Today’s feature — for February 19, 2020 — explores how current trends in the U.S. airline industry (as named by Skift) affect passengers.  Other topics include ways to make unbearable flights more bearable, whether or not metal credit cards are tacky, increased fallout from the coronavirus in the travel industry, and a new lounge on the way at Washington Dulles.

The airline industry in the United States has been performing remarkably.  Not only has it been extremely profitable over the past few years, it’s reached levels of success that are unheard of literally everywhere else in the world.  In the last quarter alone, the biggest U.S. carriers — Delta, American, United, Southwest, Alaska, JetBlue, Hawaiian, Spirit, and Allegiant — have collectively enjoyed nearly $46 billion in revenue.  This growth comes after, between these nine competitors, they amassed total revenues of $184 billion and $175 billion in 2019 and 2018 respectively.  Furthermore, their operating margins have been in the double digits.  Given that airlines traditionally operate on really tight budgets, these statistics are all the more amazing.

So, what gives?  Skift recently did a deep dive to find out, examining what drives such trends for the U.S. carriers and what they could all mean for the future.  Its researchers drew 12 conclusions and explained them, but they didn’t explicitly consider what these mean for travelers.  Fear not though, because The Higher Flyer is here to do just that in an easily digestible format AND discuss the winners and losers and the greater implications stemming each of these 12.  For the sake of this, this article will be published over the course of two days; below is part 1.  Click here to read part 2.

2.  There’s less capacity than before

4.  Labor is getting more expensive

6.  Airlines are getting good returns on aircraft investments

Article synthesized from “What 2019 Taught Us About the U.S. Airline Industry,” which was first published on Skift.  Check it out for more detailed — albeit airline-centric — analysis.

1.  Things you can do to survive economy class redeyes

Gilbert Ott, the primary author of God Save The Points, recently published an article that’s both useful AND humorous:  “How To Survive Overnight Flights in Economy…”  The essay is thematically similar to a previous post on The Higher Flyer, “Top 10:  Ways to survive long-haul economy class,” but the two don’t overlap completely.  He offers up some important suggestions; according to him, you should consider…

The full post is entertaining and worth a read, even if it doesn’t propose anything radical; you can do that by clicking here.  Come for the tips, stay for the excellently amusing writing that only Gilbert Ott can provide!

Sourced from God Save The Points.

2.  Is your metal credit card just a gimmick?

This post masquerades as a hot take on the surface, but a read of it reveals a well-argued and thoughtful op-ed.  The thesis revolves around the notion that yes, your American Express Platinum credit card looks and feels — quite literally sometimes — sharp.

That’s all well and good, but the physical feel of a card doesn’t fundamentally alter the experience of purchasing something on credit.  A plastic card, or hell, even plain old cash, will yield the same result for you the consumer.  Author Ashish Namjoshi, writing under the pseudonym “The Points Pundit,” goes even further here and suggests that calling a metal card gimmicky is a rather charitable assessment.  More sinisterly, metallic credit cards simply exist as means for the issuing company to compel you to charge more to your account.  You’d rather use something that’s premium, right?  You want to feel good about your purchase, right?  Surely being able to pull out a weighty metallic card to pay for it will make you feel like a high roller.  That’s a nice sensation, isn’t it?  Doesn’t it makes you want to spend more and more and more?

Don’t fall in to that trap!  But feel free to form your own opinion after you read the article 😉

Sourced from “The Counterpoint,” a recurring feature written by Ashish Namjoshi on Travel Update.

3.  Singapore Airlines is cutting flights across its network

The coronavirus outbreak is continued to be felt by many far beyond central China.  In the week since The Higher Flyer highlighted some of these consequences in “The Daily Flyer,” more and more companies are beginning to feel the squeeze.  Singapore Airlines today announced that it’s cancelling 674 flights starting in March and continuing through May because of the epidemic; the demand to operate these routes just isn’t there right now.  Tokyo, as a result, will be losing 82 total flights during this span; and Seoul, 78; Taipei, 56; and London, 44, to cite a few prominent examples.  This culling affects the carrier’s entire network, spanning from East Asia to the Western United States and most everything in between.  Fortunately, Singapore will help you rebook your flights if you’re affected by this and, if need be, refund you for your troubles.

4.  A new, Capital One-branded lounge will open at Dulles

Capital One announced in a statement today — after news broke in the Washington Business Journal — that it would be building a lounge of its own at Dulles Airport (a la American Express and its renowned Centurion Lounges).  There’s no timeline for an opening beyond “next year,” and the features of it are vague at this moment.  A filing with the Washington Area Airport Authority touts premium dining and drinking offerings, plus various seating and work areas, a playroom for children, a gym/workout space, a spa and shower facility, and quite possibly, an outdoor terrace.  That’s exciting to think about.

But what does this mean?  Why is Capital One investing in such a project?  Could it be signaling that a future, more-premium travel credit card is coming?  If so, will this card compete with the American Express Platinum?  In terms of known amenities, this hypothetical Capital One product matches up evenly with the AMEX Plat (because we know nothing about the former).  We’ll see what the future brings though…

First reported on by the Washington Business Journal, which was then confirmed by Capital One itself.  Further analysis from View From The Wing and speculation from One Mile At A Time.